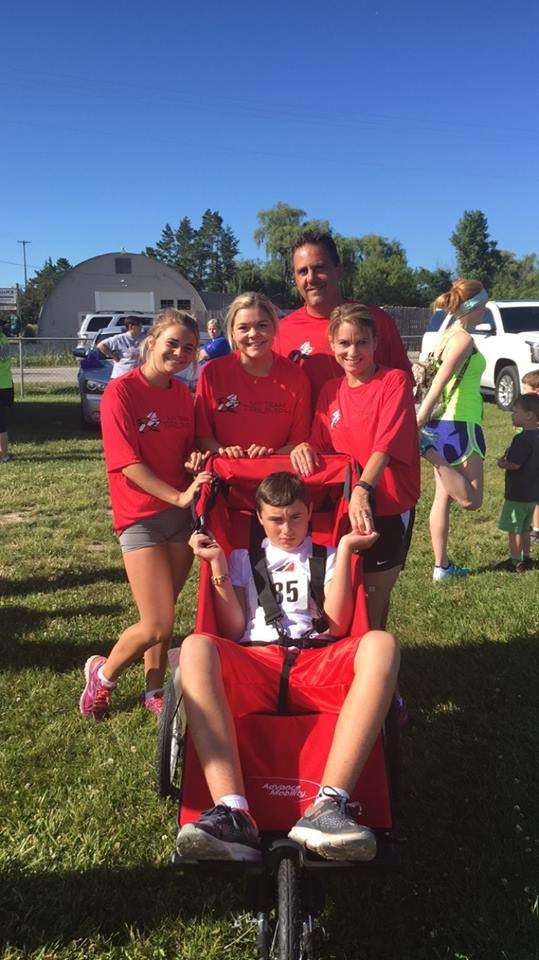 Since 2012, the Bay Area Runners Club has donated $116,850 to local charities and organizations as part of its effort to give back to the community.

This year, the Bay Area Runners Club donated $5,000 to purchase the first Chariot race chair for My Team Triumph-Great Lakes Bay Region. This will allow Adult Captains to participate in running races and triathlons. The organization allows those with disabilities to experience events ranging from 5K races, to triathlons and full marathons. The participants are called "Captains." Using a special race stroller, Captains are able to compete while the volunteer athletes, dubbed "Angels," do the work in the background. 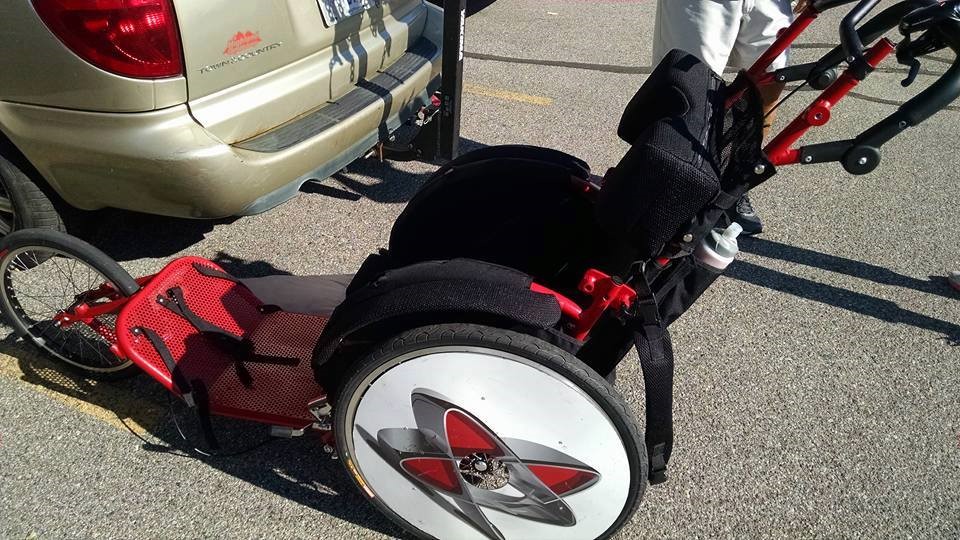 Captain Carter and his Angels competed at the St. Stanislaus Polish Festival in June, 2016 in borrowed chairs. There were 5 participants in this 5K race so there is a definite need for chairs in our area. In response to that need, My Team Triumph Great Lakes Bay Region was formed. The next race they would like to compete in is our St. Patrick's Day 8K Race in Bay City. We purchased the Chariot so anyone could compete.

Another one of our projects was forming the Bay Area Runners Club Scholarship Fund facilitated through the Bay Area Community Foundation. The fund was established in 2010 to further the education of high school seniors by awarding two $1000.00 scholarships each year to deserving students. We are close to having enough funds endowed to accomplish this.